At a time of cynical and depressing news both here and abroad I thought I would share this for you all this morning. It’s not often that something grips me as this story has done but I just love this new homeless venture from our nation’s capital.

An Edinburgh charity realised that we can’t live on just food and water alone. That would be just survival. Street Reads, run by Edinburgh local Rachel Cowan, builds upon the work of other traditional homeless organisations by giving homeless people free books.

We could all be homeless

Almost anyone can find themselves homeless under certain difficult circumstances and in many ways life in the UK is not getting any easier for a lot of people. Living where I do in our (soggy but still beautiful…) island paradise, I appreciate all that I now have in my own life. Perhaps that is why this post from Street Reads, which I share below, has resonated deeply with me.

Although I can never imagine being truly homeless and alone in the world, I have slept out overnight on city pavements during my world travels. I’ve also experienced days when I had no money for food. I’ve met people from all walks of life who’ve not been as fortunate as me and who ended up alienated from society and living rough on the streets.

Later today, I will be sending a parcel of books to Edinburgh. What about you?

Find out more about the inspiration behind Street Reads here

Sometime very, very soon I’ll be unveiling the cover for my latest stand-alone thriller The Devil You Know. The artwork is down to a short list of two now so watch this space! I’m very excited to say that the book will then be ready for publication as the final proofs and editing are completed.

I’m told that the publication date will be early August. Meanwhile, keep up to date with me on Facebook. 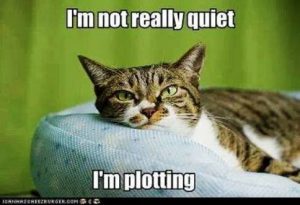