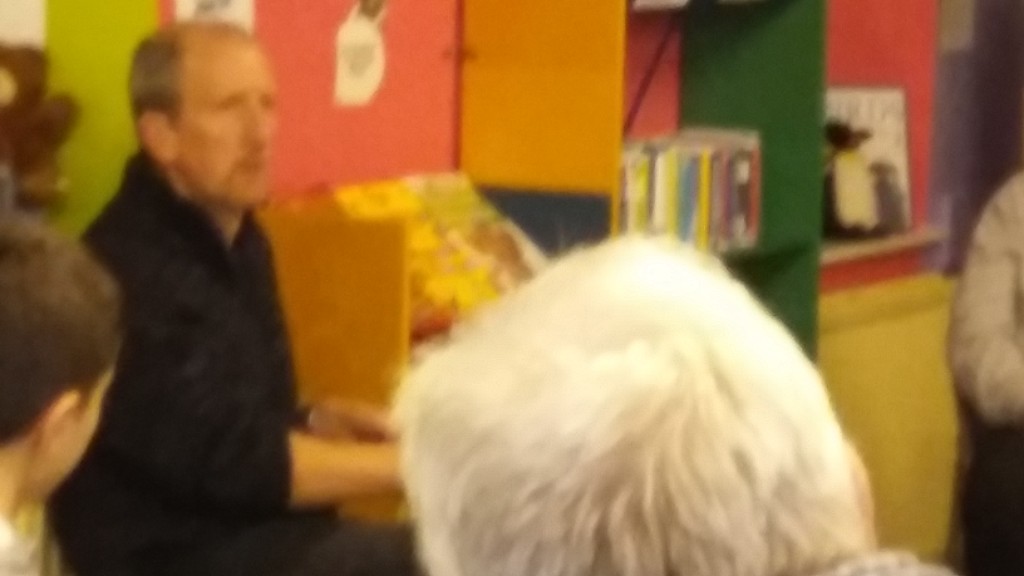 Despite the best (or worst) efforts of the weather; including hail-stones, lightning, torrential rain and gale force winds, the UK launch of my second novel took place last week.

It was an appropriately dark and dreich affair outside but for the few hardy souls that fought their way to Oban Library, the conditions indoors were considerably warmer and more welcoming.

It was a big first for me, to be honest. My first book in the Ridge Walker series, He Who Pays The Piper, was not so much launched in a tumultuous fanfare of publicity as meekly tossed on to the ever-increasing digital heap of self-published eBooks back in 2012.

But things have changed since then.

I’ve got an imprint to publish my books, Seilachan Fort. They will be publishing other books too in the next year or so so if you are a Scots writer (unpublished) then get in touch with me and I’ll make the introductions for you.

I’m also very excited to have broken out of the Amazon/Kindle ghetto and The Piper’s Lament is being sold by mainstream bookstores in the UK and abroad such as Waterstones. I cannot tell you just how much that means to me. It would have meant so much to my old dad also, to have been able to walk into his local book shop and buy my book. He never did get the hang of the internet and he sadly passed away only this summer on his 84th birthday.

So we chatted about writing and the awful events around the world which always seem to overshadow even the most horrific international incidents an author could conjure on to the page. Books were sold and a little wine was consumed to warm our innards.

I would like to thank the amazing staff at Oban Library, particularly Sue, for the comforting ambience and also to the good people of the West Highlands who didn’t let horizontal rain deflect them from coming to see me.